How it all started...

Bad Boy Running was a podcast started by Jody Raynsford and David Hellard in 2016. Both running journalists, Jody and David felt there was plenty of running chat about PBs, training plans and nutrition (yawn!) but very little about the fun side of running - or not running - or both. With an eye on just having the same conversations they’d have down the pub, the podcast quickly grew its following and launched a community on Facebook of The Do-Badders. 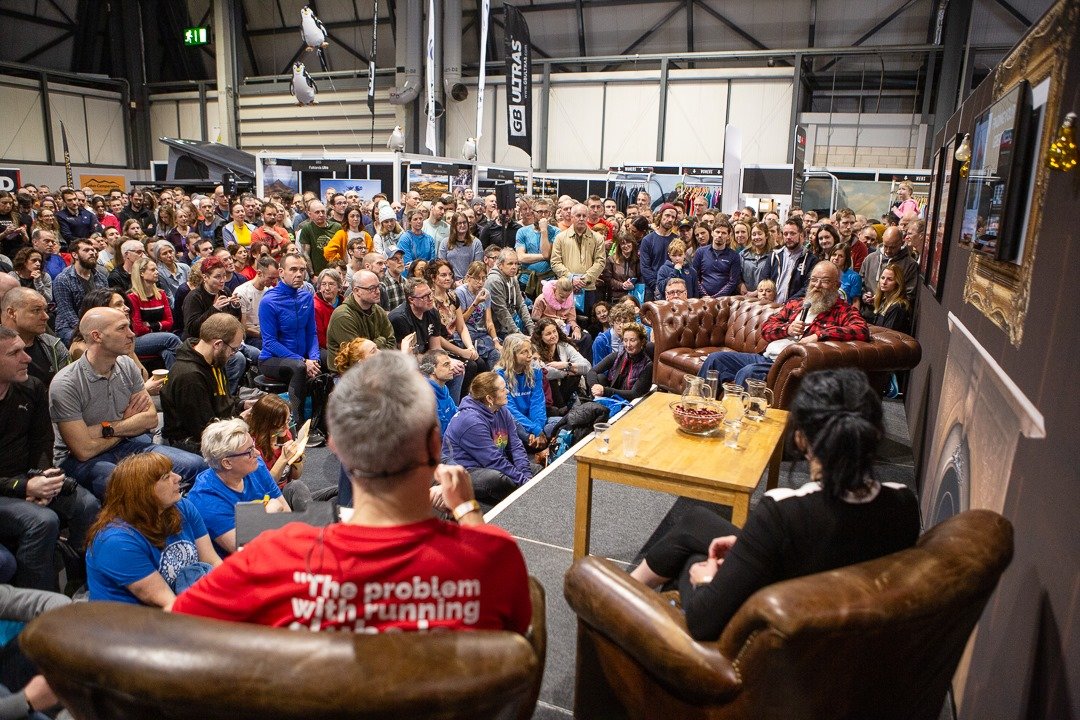 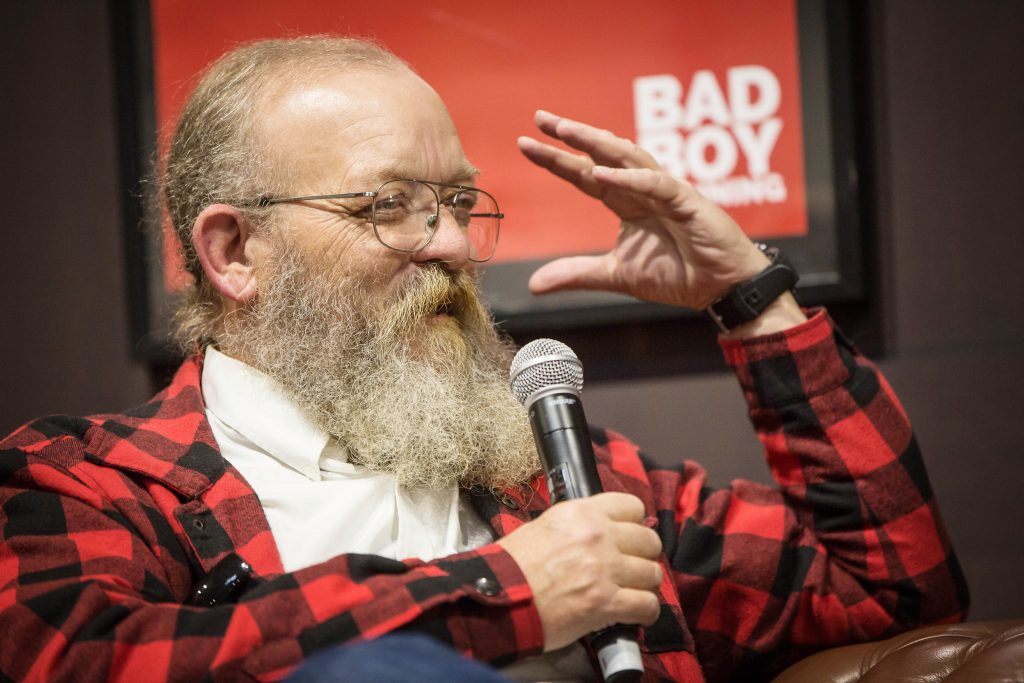 With the rise of the podcast came bigger and better guests, including Barklay Marathons’ Laz Lake, Dean Karnazes, Camille Herron, Nicky Spinks, Liz McColgan and even a few surprising running guests, such as The Darkness’s Justin Hawkins.

But Bad Boy Running has never been about the big guests – although The Do-Badders love a good name on the show.

It’s most about the stories, especially the stories that don’t get the oxygen of publicity on other shows, such as…

… the mother of three who smashed the marathon world record for running with a stroller (with all three kids!)

… the running club based inside of one of New York’s

Our focus is never about glory, records and (FFS) FKTs… if it’s weird and wonderful, we’re all over it. 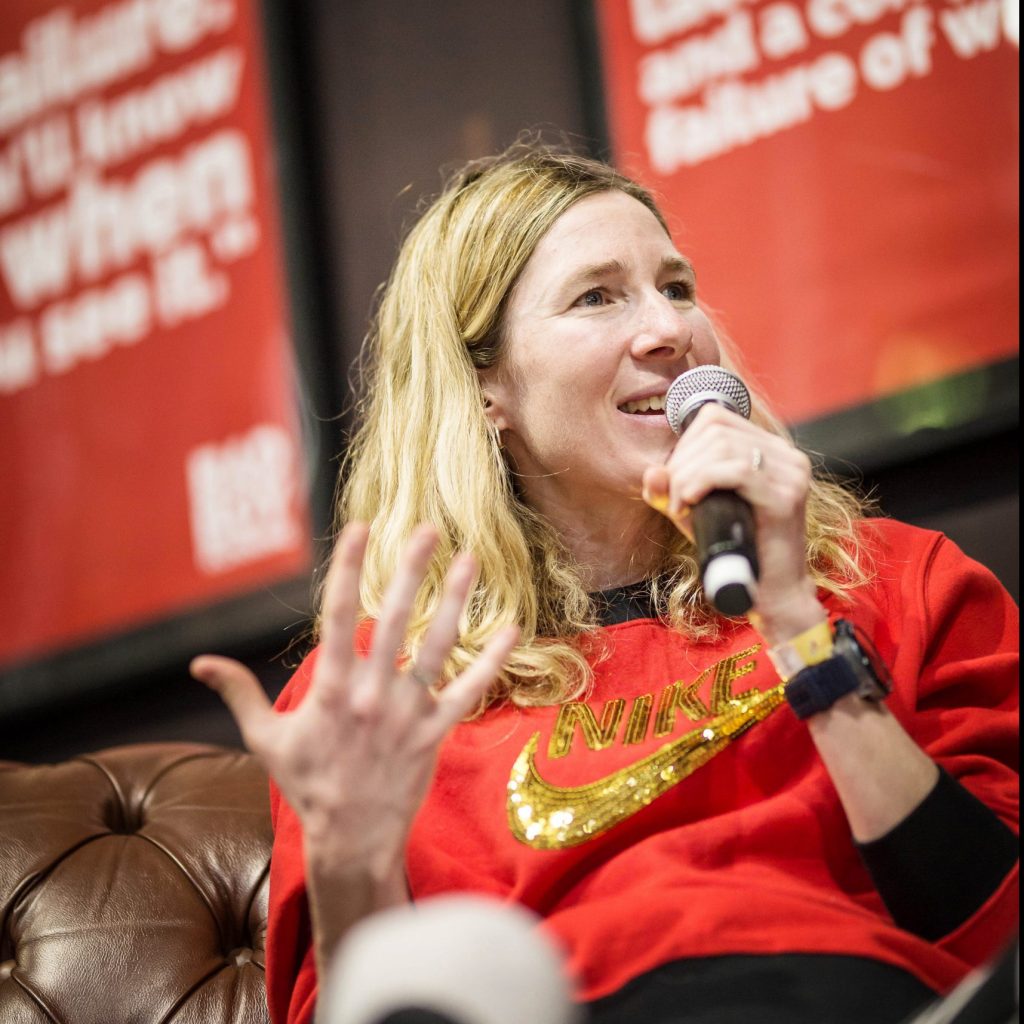 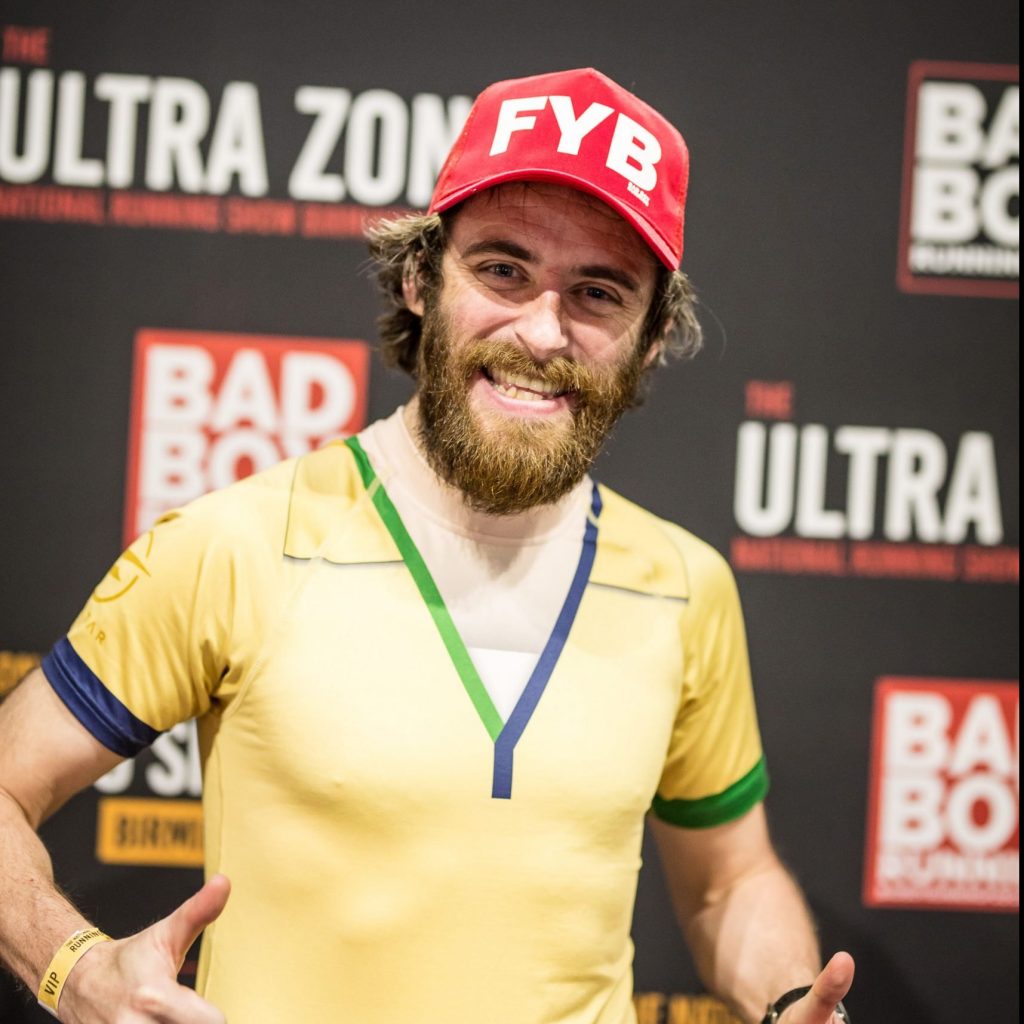 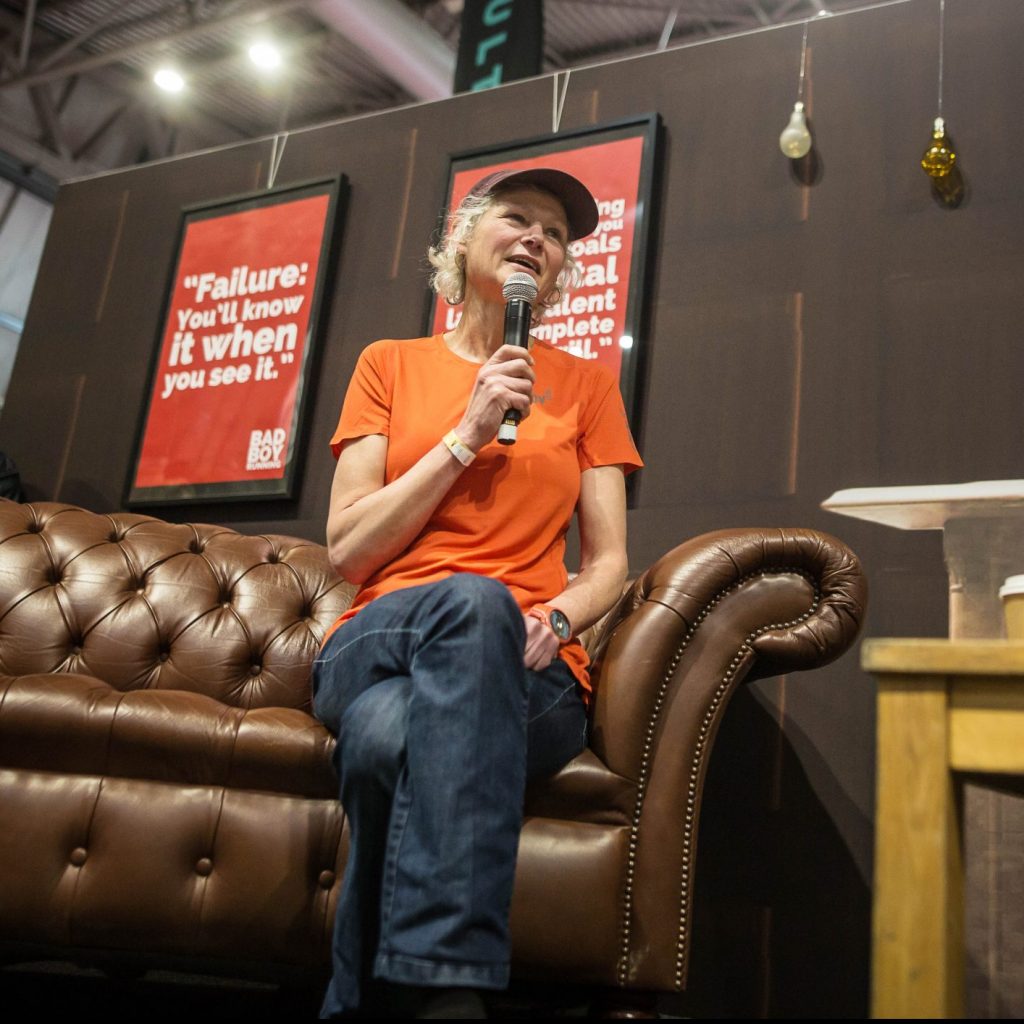 "Love, love, love this podcast! My favourite podcast to listen to while running. I'll often be running along and burst out laughing whilst listening. Really interesting subjects and guests every episode. Great work! 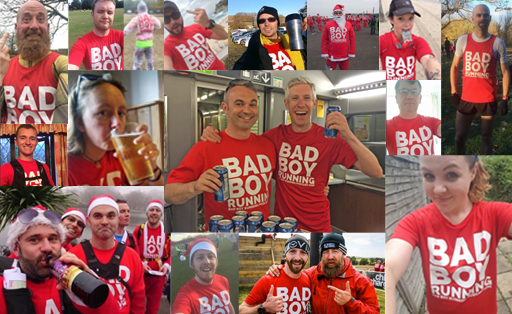 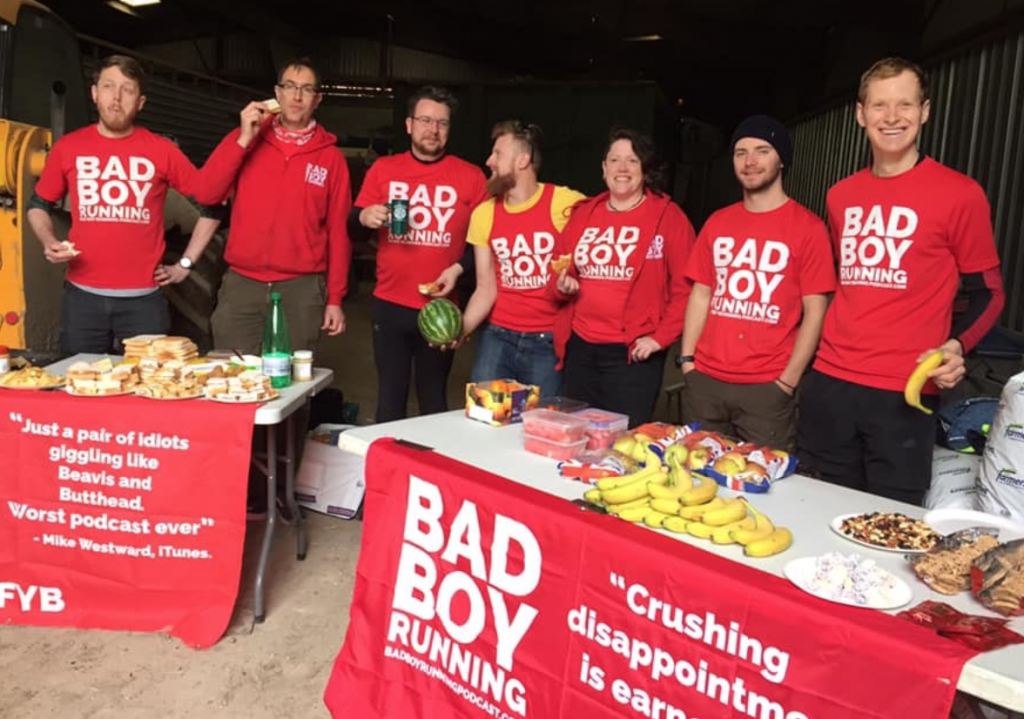 The Do-Badders - the BBR community

"You will never find a more wretched hive of scum and villainy." Obi-Wan Kenobi, A New Hope

We never expected it to turn out like this…

The Bad Boy Running community - aka The Do-Badders - has grown around the podcast and now occupies a Facebook group.

Bringing together the most unlikely gang of misfits, miscreants and supposed “runners” who simply don’t like or don’t want to fit in with the dull “what-shoes-should-I-wear-for-this-race” running groups, the BBR community is more than running.

From barely-regular UTDB (Ultra-Trail Do Badder) events that include the 0.0 Ultra that starts and finishes at the same time and the now-infamous Brewdog Marathon, there's the perfect opportunity to find others who share your sense of villainy. 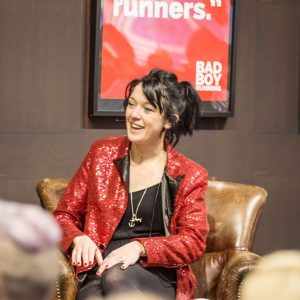 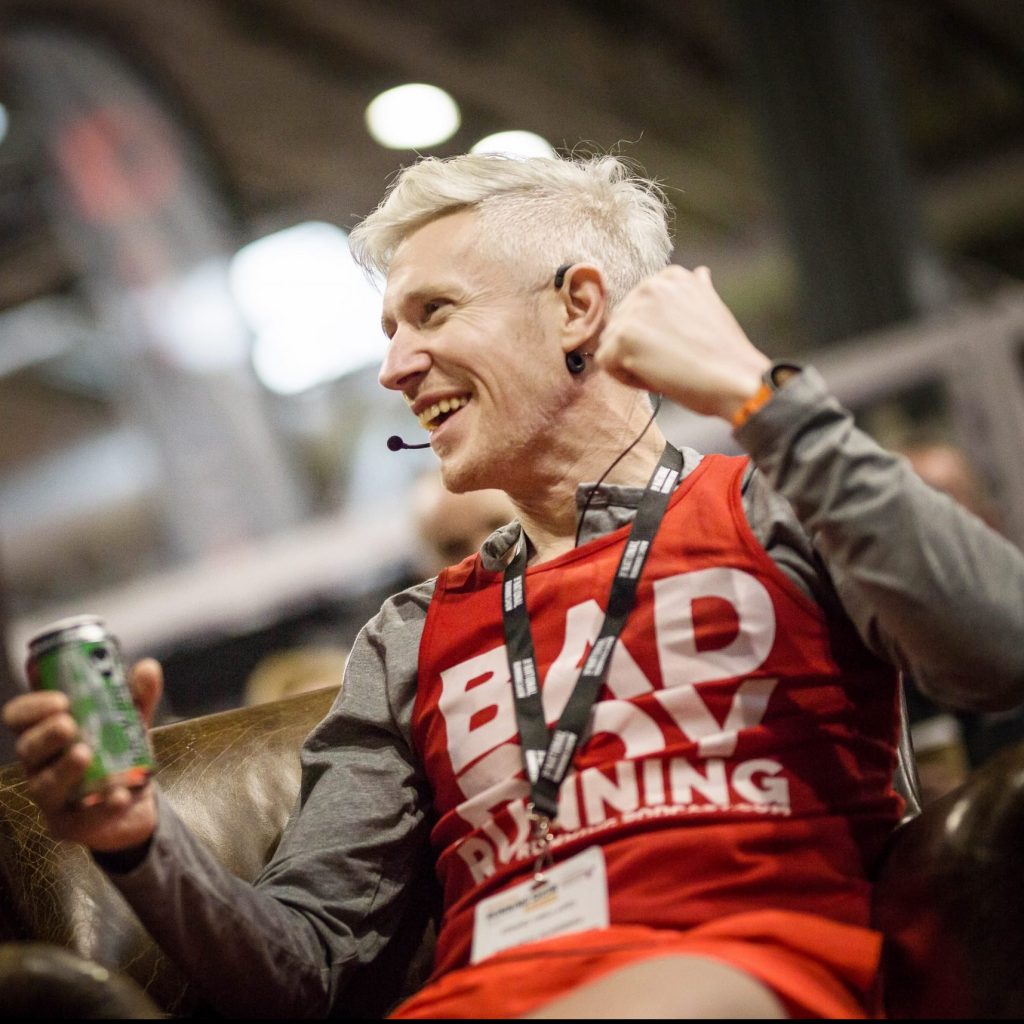 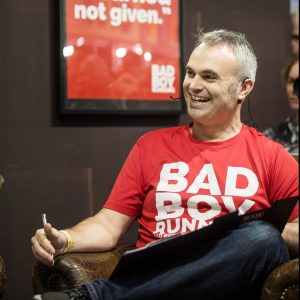 Want to partner with us?

Discover how we can trick the Do-Badders. promote your brand

DISCOVER HOW TO GIVE US CASH